This year, the cohort's mission is:
"To ensure that every child and young person can develop and maintain good mental and emotional health."

Due to COVID-19 young people have experienced disruptions to their social development, and to their access to services, education, and employment opportunities. In some cases this has had a significant impact on their emotional, mental, physical, and financial well-being.

Kay Kukoyi, founder of Purposeful Group says:
"Purposeful Group is delighted to contribute to such an important mission by offering coaching, mentoring, and entrepreneurial support to the founders who will be fighting back against these difficult challenges in order to help children and young people.
This is the second time we have worked with Zinc on their mission-led programmes for entrepreneurs, and we look forward to continuing this relationship." 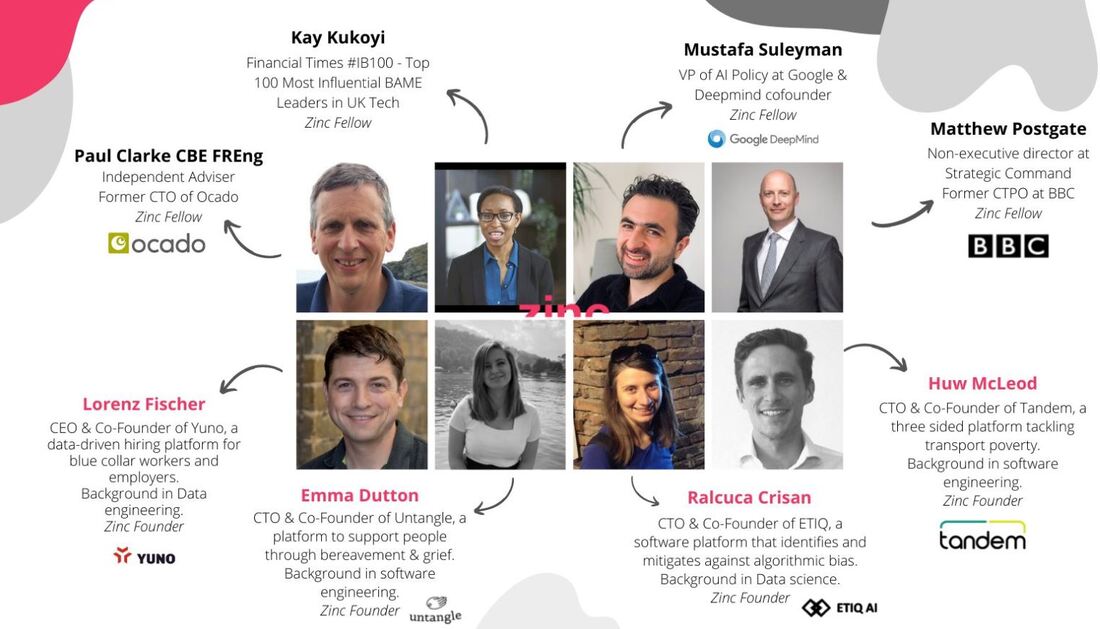 ​Summer 2020
The Talent Incubator Powered By Purposeful Group.
Purposeful Group has successfully designed and delivered a hugely impactful 12-week online programme on behalf of OneTech to teach a diverse cohort of more than 30 students and graduates the fundamental skills required to start a business and to increase their employability.

​Many of the cohort members had never heard of the tools they were introduced to, yet each week they used these new platforms, following a fast-paced schedule of weekly assignments which tested their ability to problem solve, adapt, and learn quickly, working with unfamiliar tech to produce high-quality work.

A staggering 96% of the UK’s businesses are classed as “microbusinesses” employing nine or less employees, yet students typically focus on the 0.1% of businesses that have over 250 staff. Whilst the 0.1%, can undoubtedly afford to pay higher salaries and offer the career advancement that graduates dream of, there is a win-win opportunity for young people with the right training to support startups and small business owners through internships, work placements, and part-time work. Students would gain vital work experience, whilst providing much-needed support for time-pressed SME’s that are not always aware of the latest labour-saving tools and tech.

Kukoyi, who has been recognized by the Financial Times as one of the 100 Most Influential BAME Leaders in the UK Technology Sector says: “With the range of technologies and business skills we have taught them, these young people could support smaller businesses and help them get online, or set-up with tools that would boost their efficiency.”

Kukoyi goes on to add: “We encourage young people to start thinking about specializing very early on. Maybe the answer is to start broad during one’s early career to producing more commercially well-rounded young people who are all competent in the use of a range of popular business tools and software before they commit to specialist areas of work. Tech is the new universal language. All young people should be fluent in it."

The amount of positive feedback received from the first Talent Incubator cohort has exceeded expectations. The exit survey had a 73.5% response rate, with 100% of respondents rating their confidence in their newfound skills at a level between 7/10 and 10/10, with a massive 40% of the cohort rating their skills at 9/10.

In stark contrast, the cohort rated their confidence in their own skills at between 2/10 to 8/10 before participating in the Talent Incubator powered by Purposeful Group, with 32% rating their skills as 5/10.

Comments from members of the cohort include the following:
"The incubator made me realize just how much we limit ourselves to our degree or current work and skills. I would have never thought as a Biomedical Engineer I would obtain the skills for beginning a start-up, or creating code-free websites!”

"Thank you very much for creating this course and allowing us to be a part of it because I am so sure that it will impact how I develop as a person and the career I am able to build from it."

We also received feedback from several cohort members who been rejected at interview stage on multiple occasions, who had used the interview skills and strategies learned through the Talent Incubator, and been hired as a direct result. One cohort member shared their experience: 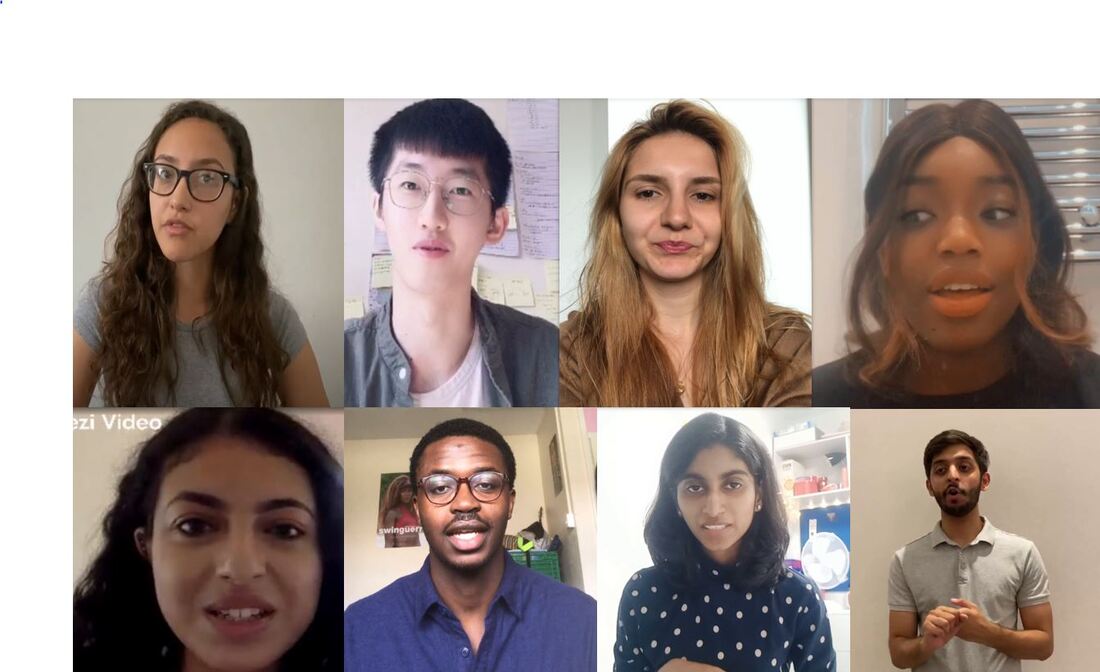 Kay Kukoyi has today been announced as part of the #IB100 - a list of the top 100 most influential Black, Asian and Minority Ethnic (BAME) leaders in the Tech Sector.

Now in its second year, the list has been produced by board appointments firm Inclusive Boards in partnership with the Financial Times.

The list will be published online, and in print in the UK and Europe as part of an FT special report into Diversity in Tech. In 2018, Inclusive Boards research found that 74.5% of Boards in the tech sector had no BAME members and that BAME people made up just 8.5% of senior leaders (Directors and Executives) in the sector.

Elizabeth Oni-Iyiola, Development Director at Inclusive Boards, said: ‘Technology is one of the fastest-growing sectors in the UK and beyond.
It's crucial that as these sectors expand, so too does the level of representation within them. Kay, and those featured today are ground breakers, change makers and role models within the industry and we are proud to include them in this years #IB100.’

Kay said: "I'm delighted to have been included on the #IB100 list, and honoured to be named amongst such an illustrious group of individuals.
​I hope that this recognition will further inspire the amazing young entrepreneurs, tech startup founders, and students that I work with."

Those featured in the list include the most influential leaders from tech companies such as DeepMind, Google, IBM, Larsen & Toubro Infotech, Microsoft, Monzo, Rolls-Royce, Twitter and Seedcamp.

Inclusive Boards is the UK's leading executive search agency, specialising in attracting high calibre diverse talent through their network of over 60,000 senior professionals. The services include Executive Search, Advisory and Training, Leadership Programmes and Conferences. Inclusive
Boards operate across sectors including sport, social investment, third and private sectors. Inclusive Boards’ cutting-edge research has been featured in the Independent, Guardian, Daily Mail and others. 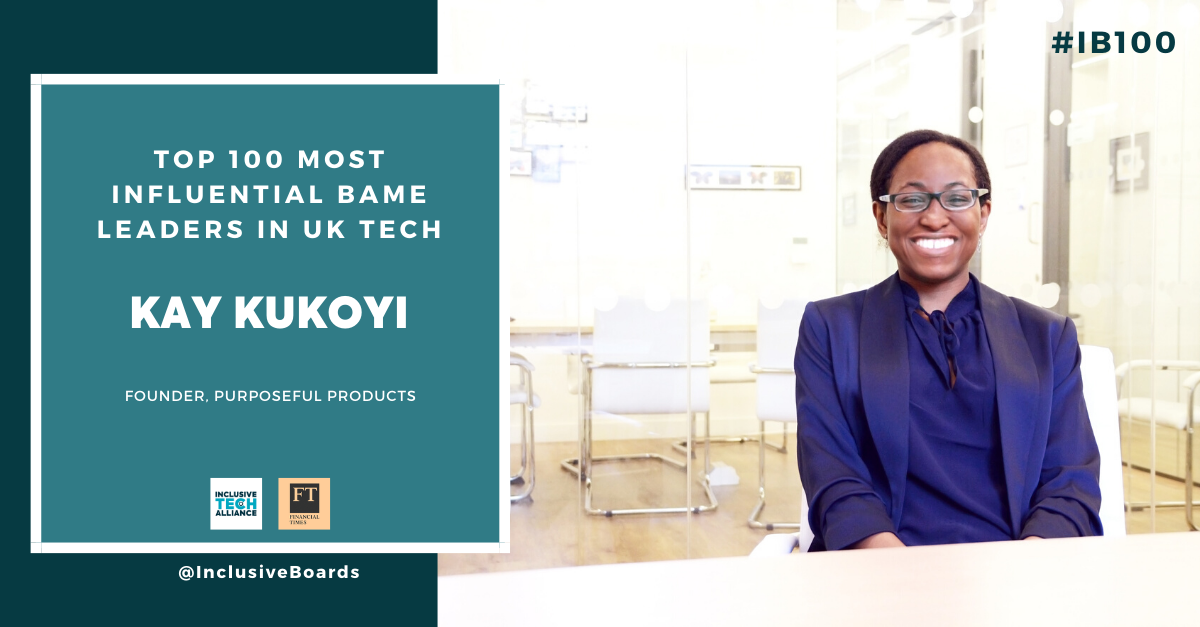 Purposeful Group's founder Kay Kukoyi will join Tim Jones CBE - Executive Director of Tata Ltd, and Angelica Malin Editor-in-Chief of About Time Magazine and Founder of the About Time Academy as a Grand Finals judges at the 2019 TATA Varsity Pitch competition.

The competition celebrates its 10th anniversary this year, and the the judges will deliberate on who will gain access to a £15,000 equity-free prize.

Kay has also judged at the grand finals of The Big Idea and Idea Factory annual pitch competitions. 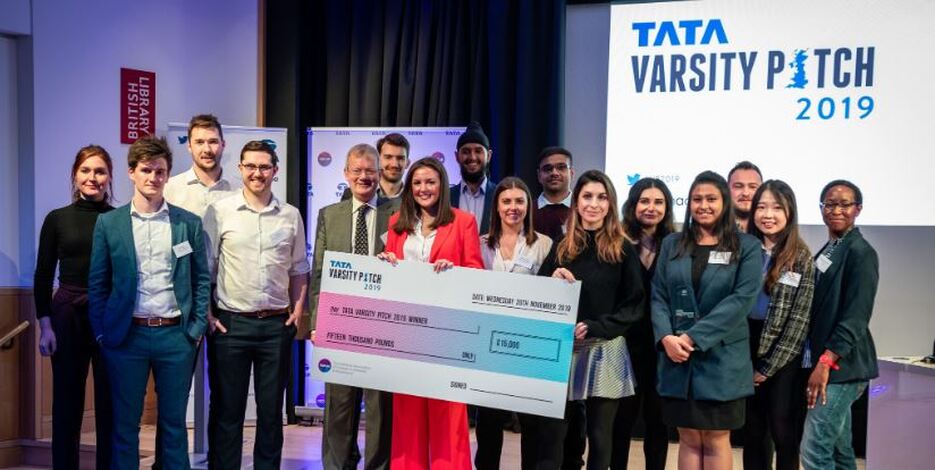 Purposeful Products offers business and consulting services to small business owners and software entrepreneurs in 12 countries.
Having delivered its workshops as an external service provider for startup accelerators and other organisations that support entrepreneurship, Tech Startup Academy’s workshops will be accessible to the general public from June 12th in London, and internationally (Europe, the US, and Canada) from August 2019.

The Tech Startup Academy™ is a new breed of flexible incubator for the founders of tech startups.
It is modular, will run both on and offline, and prepares entrepreneurs for the practicalities of running a tech focused business, offering access to its specialist content to all entrepreneurs, whether or not they apply, or succeed in “making it” onto a traditional incubator or accelerator programme.

The Academy not only offers entrepreneurs clarity, and a stronger sense of direction, it offers the security of professionalism too.
It is recognised as a centre for adult learning by the UK Register of Learning Providers (UKRLP) and has received approval to offer an accredited Diploma to individuals that complete the Tech Startup Academy™ Programme successfully.

Startups joining the Academy have access to workshops, and group mentoring, and benefit from our "featured founders" promotion service, and introductions to our network of experts and specialists.

Tech Startup Academy run workshops for accelerators and entrepreneurs
Kay Kukoyi, author, software delivery specialist, and the founder of Purposeful Products says: “Our offering is focused on the education of tech startup founders, and it is both inclusive and accessible. Our clients represent a wide range of ethnicities, and their ages range from late teens, to early 50s. We want this trend to continue, with people from all walks of life attending our workshops, joining the programme, accessing our mentoring and consulting services and achieving a diploma in addition to this if they would like to do so.”

The company is on a mission to help new tech founders get from “idea to product launch” the SMART way, ensuring that ambitious entrepreneurs are clued up about what they need to know, and do at each stage of the process as they bring their ideas to life. The emphasis is on increasing entrepreneurs’ chances of success, and helping them to avoid pitfalls, delays, and wasted time, money and energy – common pain points experienced by newcomers to the tech industry.
​
The business is led by Kay Kukoyi, a software delivery specialist with more than a decade of experience in tech, and taking multiple multi-million-pound software projects from concept to launch for corporates.
Kukoyi is the author of 5 books for SMEs and entrepreneurs, including the international Amazon bestseller, “Don't Hire a Software Developer Until You Read this Book.”

Kukoyi spent more than 3 years talking to early stage tech entrepreneurs from around the world about the challenges they faced in starting up. From this research, she developed the App Map™ model, with 7 modules, which has translated into 6 core workshops offered by Tech Startup Academy™ – all designed to educate, shorten learning curves, and propel savvy entrepreneurs forward along a clear and structured pathway.
“When you're trying to achieve a challenging task with blind spots and gaps in your knowledge it's going to be a bumpy road, with pitfalls along the way, which is exactly what I observed, and still see.” Says Kukoyi.

She adds: “The information that we provide is difficult to find elsewhere - even via traditional tech startup accelerators. Unless you’ve created different types of commercial software, been formally trained, and worked on tech projects day-in and day-out for many years, you just can’t replicate the deep insights that we offer.
We provide an efficient and strategic approach to starting a tech driven business, which means that progress is rapid, risks are reduced, and entrepreneurs can wave goodbye to the slow, confusing, and often painful journey that comes with learning through trial-and-error.”

K.N. Kukoyi CSM FITOL is a bestselling author and software delivery specialist. Kay has written 5 books for SMEs and entrepreneurs, including the international Amazon bestseller, Don't Hire a Software Developer Until You Read this Book and has spent more than a decade leading, and working in technical teams on high-profile, multi-million-pound web and mobile projects for companies including Sky News, Barclays Bank, and the SThree Group.

Kay works with tech entrepreneurs around the world, and is an Enterprise Nation small business advisor, and a tech startup mentor for Zinc VC, Seedcamp, WeWork Labs, the NatWest Entrepreneur Accelerator, and the We in Social Tech Accelerator. She has also mentored young founders aged from 18-24 for the OneTech Founders Weekend event, and student entrepreneurs from Launch Lab, City University's startup incubator.

Kay has a diploma (DiP IM) in Internet Marketing, is a Certified ScrumMaster®, qualified coach, and is a Fellow of The Institute of Training and Occupational Learning.

Kay also spent a number of years working as an IT recruiter, reviewing the CVs of 1000s of developers, and has a social research background, which involved interviewing members of the public, prisoners, journalists, business leaders, and MPs.
​
She has brought together this diverse, yet complementary set of skills in order to create the Tech Startup Academy™ Programme.

Book Kay to speak at an event here.